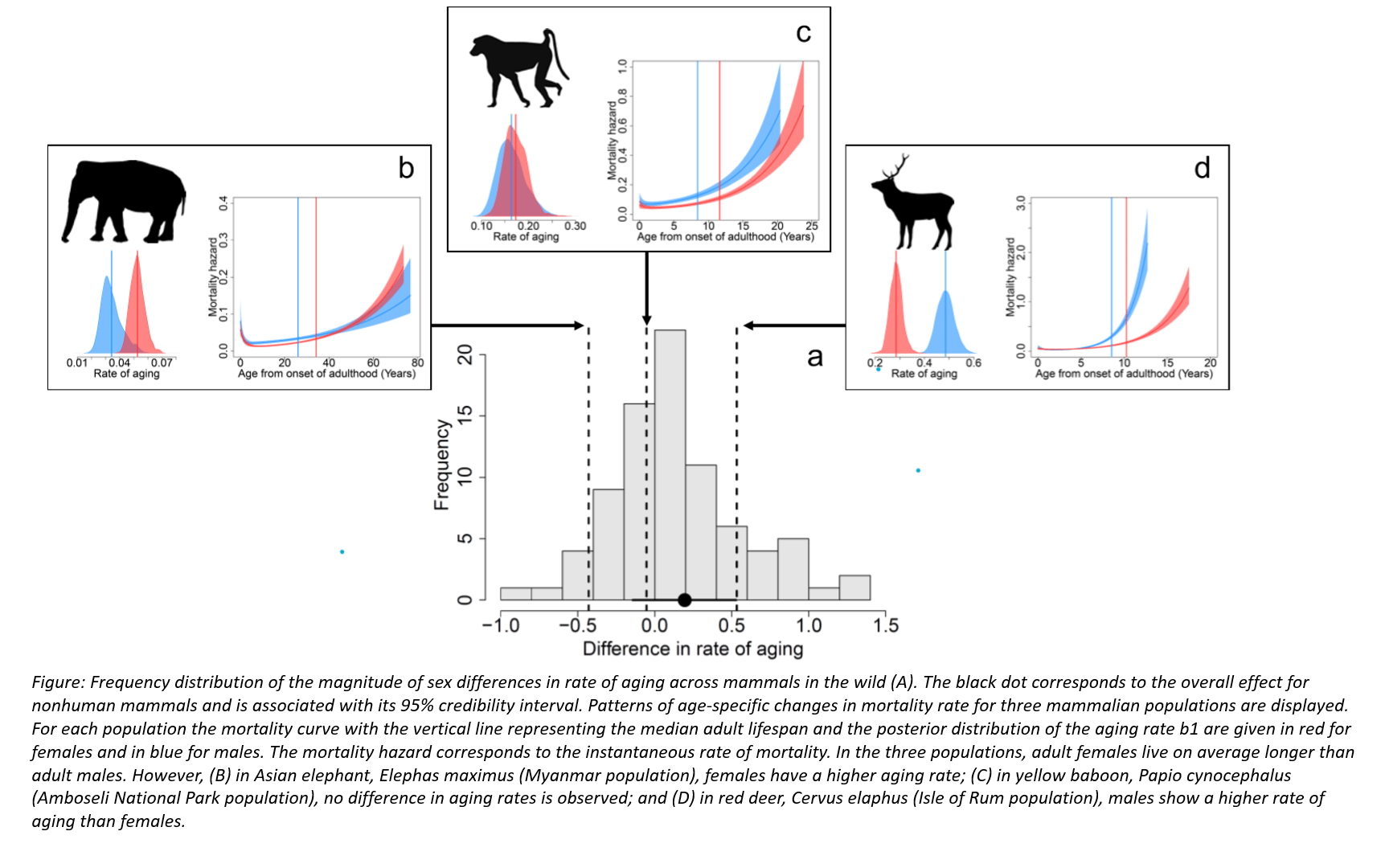 In human populations, women live longer than men. While it is commonly assumed that this pattern of long-lived females vs. short-lived males constitutes the rule in mammals, the magnitude of the sex differences in lifespan and increase of mortality rate with advancing age remains to be quantified.

The research was led by Jean-François Lemaître, French National Centre for Scientific Research / Biometry and Evolutionary Biology laboratory (LBBE), University of Lyon, together with 13 co-authors, including Species360 Director of Science, Prof. Dalia A. Conde.

This project is part of the Sex Differences in Species Survival Working Group, an interdisciplinary team that is extending the analyses in this publication to understand sex differences in lifespan in the wild and under human care for mammals, birds, reptiles and amphibians, to better inform population management. Because ex situ populations do not exhibit the same effects from the environment to wild populations, the study aims to unravel some of the evolutionary drivers of sex differences in survival. Data on lifespan of ex situ populations is curated and shared by more than 1,200 Species360 member institutions in 99 countries using the Zoological Information Management System (ZIMS).