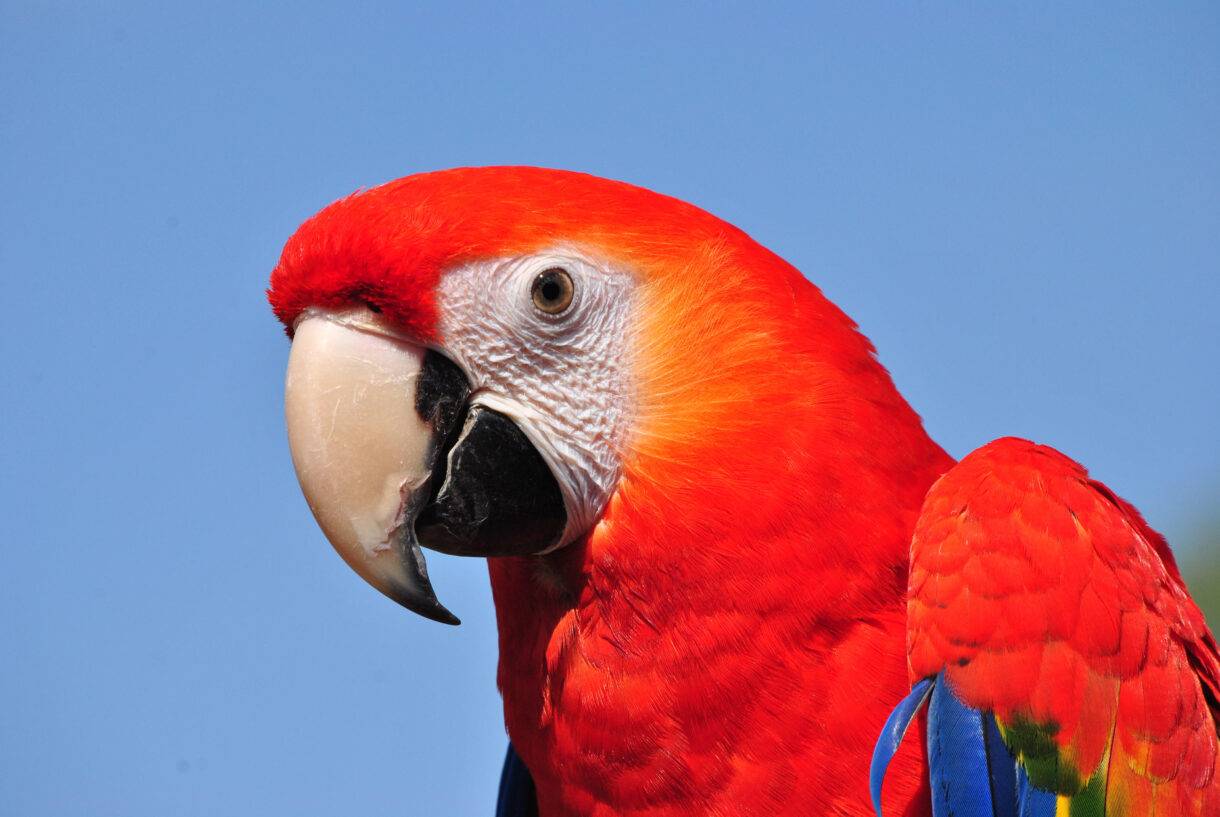 Parrots are well known for their long lives and complex cognition; a new study shows for the first time the link between brain size and lifespan in parrots.

The new publication “Coevolution of relative brain size and life expectancy in parrots” published in the Proceedings of the Royal Society B was led by Max Planck researchers and among the study’s authors are Species360 Director of Science, Prof. Dalia Conde, and CSA member Johanna Staerk. The authors compiled data from ZIMS from over 130,000 individual parrots sourced from over 1000 zoos. This allowed the team to gain the first reliable estimates of the average life span of 217 parrot species—representing over half of all known species. The study shows that these traits have likely been caused by the other: bigger brains have led some species of parrots to live surprisingly long lives! Because brain size relative to body size can be an indicator of intelligence, the findings suggest that parrots with relatively larger brains had cognitive capabilities that allowed them to solve problems in the wild that could otherwise kill them.

“It is well known that some individual parrots get exceptionally old but in this study we analyse the average life spans from multiple individuals over many decades providing a much more detailed picture. This is an exciting opportunity to understand the drivers behind the longevity in parrots which is only possible thanks to the accumulated data from the ZIMS database” Simon Bruslund, Marlow Bird Park.

The analysis revealed an astonishing diversity in life expectancy, ranging from an average of two years for the fig parrot up to an average of 30 years for the scarlet macaw. Other long-lived species include the sulphur-crested cockatoo from Australia, which lives on average 25 years. These extremely long average lifespans, of up to 30 years, are usually only seen in large birds.

In the future, the team plan to explore if sociality and cultural learning in parrots might have also contributed to longer lifespans.

Read the Species360 news written by Gavrielle here or the full article here.