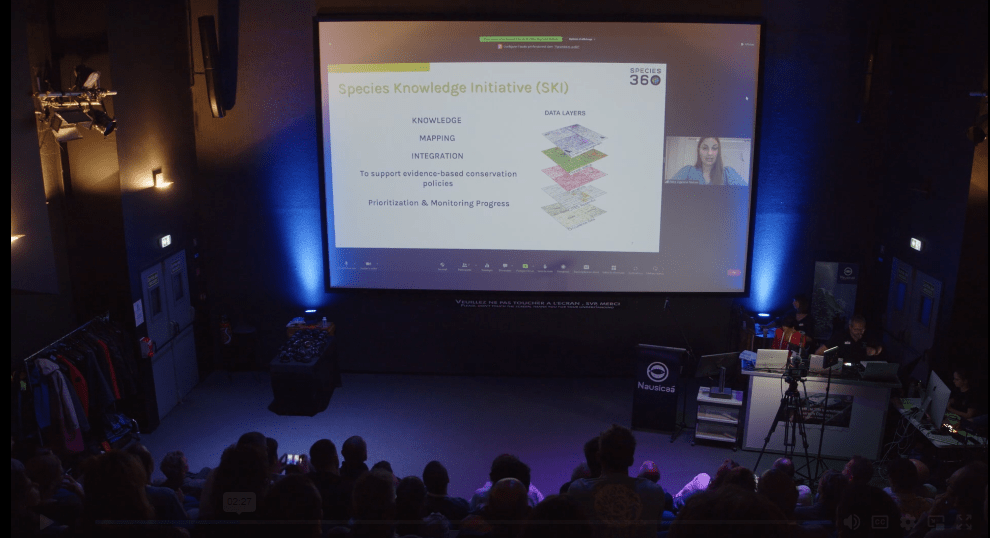 Last week Species360 attended the International Aquarium Conference (IAC) hosted by Nausicaá Centre National de la Mer – Boulogne sur mer. More than 250 people attended the conference at Nausicaa, while 400 people joined from all over the world online to discuss the theme of aquariums taking action for the Blue Planet.  One of the main topics was the role of aquariums in society.

“Aquariums are ideally placed to act as a catalyst between society and the marine environment” says Nausicaá Centre National de la Mer.

“Aquariums, with 500 million visitors per year, are committed to raising awareness and mobilising their audiences in favour of the ocean. Aquariums have recognised expertise in scientific communication on ocean-related issues. They provide an irreplaceable experience: an encounter with the living being and a sense of wonder and emotion. They can alert their audiences to the vulnerability of marine and freshwater biodiversity, inform and help them understand the links between human kind and the ocean, the blue economy and the preservation of natural balances” Nausicaá Centre National de la Mer.

You can read more about Species360’s critical role in data sharing here.