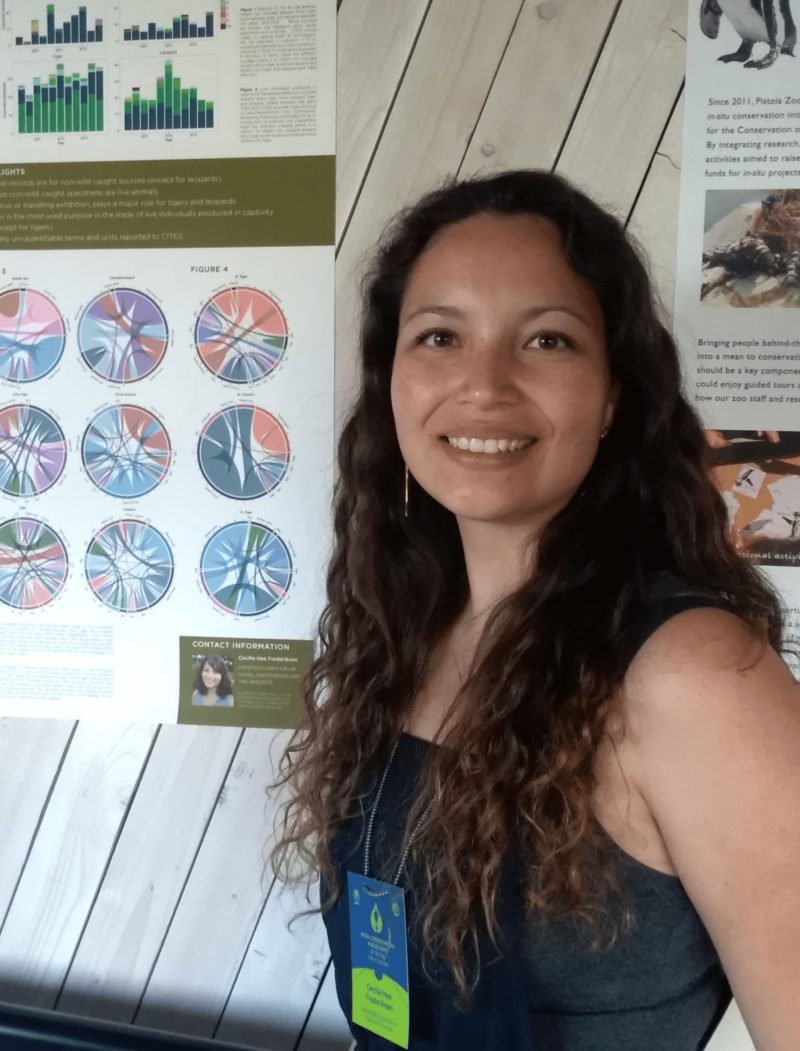 Today, Cecilie Hee Frederiksen guest student at the Species360 Conservation Science Alliance And Master student at the University of Southern Denmark successfully graduated from the European Doctoral School of Demography. The school is an 11-month program which took place at the University of Southern Denmark, organised and sponsored  by the Max Planck Institute of Demographic Research, Germany in which students acquire solid knowledge in the field of demography.

In 2018, Cecilie completed her Master thesis, titled: “Using demography to unveil the laundering of species as “captive bred” in the international trade“, supervised by Species360 Prof. Dalia A. Conde and co-supervised by CSA member Dr. Johanna Staerk, where she assessed data from the CITES database in order to analyse the international trade in six species of big cats. This sparked Cecilies interest in how data analyses, modelling, and visualization can serve as great tools in conservation, driving her to seek further education in this direction. She received a scholarship for the European Doctoral School of Demography 2018/2019 focusing on the male-female health-survival paradox. Her thesis, “Assessing sex differences in lifespan across cat species using Bayesian survival analysis (BASTA.ZIMS)“, used ZIMS data in order to produce survival curves for males and females for 28 cat species. Throughout her work it became clear how important the captive data on this subject is, as very little data on either wild or captive populations were publicly available and most survival curves would have been impossible to create without the use of ZIMS data. Her results led to an improved understanding of sex-differences in survival in felid species

About her experience she says: “The year was very hectic, but fun! It was very educational with a new course every week and introductions to many new topics and methods. My fellow students were amazing and you definitely leave with friendships for life that are spread across the entire world“.