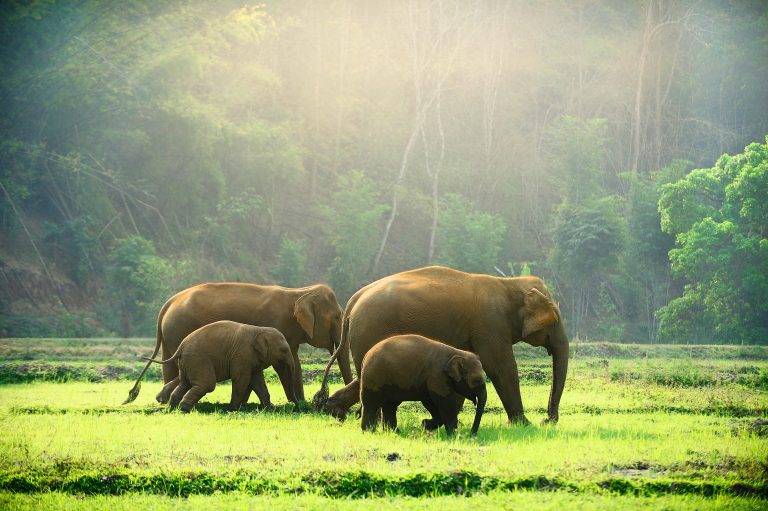 Risk assessments used to identify threatened species for global indicators such as the IUCN Red List can be improved using improved population models, according to the study “Performance of generation time approximations for extinction risk assessments,” published in Journal of Applied Ecology. To more accurately predict extinction timelines, models must incorporate accurate survival rate, reproduction and generation time for a particular species.

Endangered Species Day – May 17, 2019 – Accurately predicting whether, and when, a species may go extinct has never been more critical. The United Nations recently reported that one million species are now in danger of disappearing, and conservationists are scrambling to mitigate the losses.

Doing so requires insight to existing populations and how quickly they can establish a next generation. This is different for every species and dramatically impacts how quickly a species can respond to changes in their environment, say researchers at Species360 Conservation Science Alliance, the Interdisciplinary Center of Population Dynamics (CPop), and other institutions.

Yet some of the tools used to assess a species generation time rely on assumptions that underestimate a population’s ability to establish each new generation and thus, its ability to adapt and survive.

“We are in the midst of a biodiversity crisis, and we must continually provide conservation scientists with better tools with which to save species and sustain biodiversity. Some of the current methods of assessing risk can benefit by incorporating our assessments of generation time, and we hope this will help to support the efforts of scientists now working to inform critical resources such as IUCN Red List of Endangered Species,” said Johanna Staerk, Research Fellow at Species360 Conservation Science Alliance and Postdoc at the Interdisciplinary Center of Population Dynamics at the University of Southern Denmark.

The models more closely reflect reality by assessing long-used assumptions and proposing analytics that better reflect the impact of survival, and reproduction on how scientists calculate generation times. It is here that employing new models can vastly improve how we assess whether a population will remain viable in the years ahead, researchers say.

Using data from 58 mammalian populations compiled by collaborators from the University of Lyon as well as data from computer simulations, the authors propose to use more accurate information and include population growth rates into the calculation of generation time that may significantly reduce errors regarding a species’ generation time.

Researchers tested the influence of these errors on risk assessments, and found that the assumptions may give an overly optimistic assessment of species extinction timelines. Often a species generation time is underestimated which can lead us to believe that the species is less endangered than it really is.

But even with the best tools available, the challenge of accurately assessing extinction risk begins with a lack of data on endangered species. Earlier this month, Proceedings of the National Academy of Sciences (PNAS) published research introducing a Species Knowledge Index and found that for 98% of mammals, birds, reptiles, and amphibians we do not have the sort of population data to accurately calculate a species survival, reproduction, and generation time. However, it shows that by using data from zoos and aquariums could provide with an eightfold increase in data for these groups.

The combination of more comprehensive wildlife data and improved analytics vastly improves how well we can anticipate population dynamics for thousands of species, scientists believe. Next, the researchers plan to explore how to fill knowledge gaps by using the Species360 data shared by nearly 1,200 zoos, aquariums, rescue centers and sanctuaries. For that they will conduct additional analysis using species data curated and standardized across 21,000 species. The information dates back to the 1800’s for some species, and includes survival and fertility information managed by the ZIMS unified digital infrastructure.

Led by Species360 Conservation Science Alliance, the goal is to assess the accuracy of generation time estimates when using data of species under human care. The authors expect that, for many species, data on survival and fertility from captive populations will be a better predictor of generation time, than by using data from other closely related species, as is currently done when there is no data available.

Together, Species360 members curate the Zoological Information Management System (ZIMS), the world’s most comprehensive open database of knowledge on more than 22,000 species. ZIMS vastly increases what is known about thousands of species, and is instrumental in identifying sustainability strategies for many of the species assessed as vulnerable, endangered, and extinct in the wild.

The Species360 Conservation Science Alliance is a research initiative that provides conservationists with evidence-based findings by applying analytical models to the full scope of global wildlife data, including the IUCN Red List, the Convention on International Trade in Endangered Species of Wild Fauna and Flora (CITES), TRAFFIC, Evolutionary Distinct and Globally Endangered (EDGE), the Alliance of Zero Extinction (AZE), ZIMS, and more. Research led in collaboration with IUCN Species Survival Commission, CITES, and others, drives insightful decisions on many levels, from enforcing illegal wildlife trade laws to calculating viability of insurance populations.