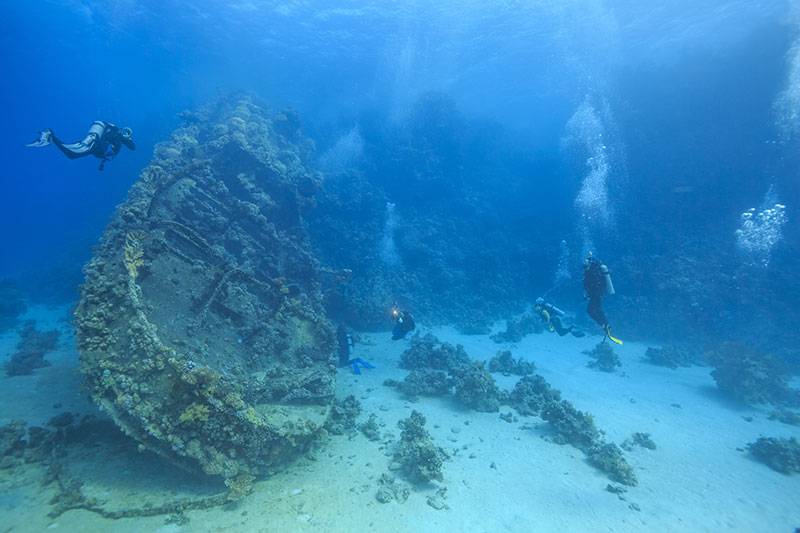 [Article Excerpt] One of the most common current uses for old oil tankers after scrapping is perhaps also the most surprising – turning them into wildlife havens. Oil tankers are more commonly associated with harming marine life due to spills after accidents, but at least 40 of these vessels have been deliberately sunk to create artificial underwater reefs.

“If they are cleaned properly, oil tankers have a very big surface for things to attach to underwater and they will have a long lifespan,” says Dalia Conde, director of science at Species360, an international conservation research organisation, who recently created a global database of ships that have been deliberately wrecked to create artificial reefs. “There is the potential to attract a lot of fish, molluscs, different seaweeds.”

Learn more about the role that Species360 aquarium members can fulfill in assessing and improving the impact of artificial reefs on biodiversity.

Cleaning up an oil tanker is an expensive business, though – it can cost several million dollars to mop up all the toxic mess that accumulates in these vessels. But since 1985, 39 tankers of various sorts have been sunk off the coast of the US and one off the coast of Malta. Unfortunately, little work has been done to monitor the impact these vessels have had on the ocean environments where they were sunk.

Anecdotal reports from divers who have visited some of these tankers, however, suggests they host a rich diversity of life including lobsters, shellfish, barracuda and sharks. The wreck of the supertanker MT Haven, which sank off the coast of Genoa, Italy after an explosion on board in 1991 has also become a popular diver site. Although 40,000 tons of oil poured into the sea in the accident, it has since become home to a wide array of marine animals.

“It is surprising that so many of these ships have been deliberately sunk to provide habitats for fish,” says Conde. “But we need to start monitoring these sites properly. With the crisis we are facing in our oceans and climate, it would be good if there was a way of using ships like oil tankers to do some good.”

This BBC news article is based on the research article led by Species360 Director of Science, Prof. Dalia Conde : A global database of intentionally deployed wrecks to serve as artificial reefs  published in the journal Data in Brief in 2019. The  project is part of our student’s Iglika Ilieva Master thesis completed in collaboration with Benjamin D. Best, Ph.D., Environmental Data Scientist and Founder, EcoQuants, Species360 Conservation Science Alliance member Rita da Silva and co-authors. The data published in this study is available on our Open Data Portal.