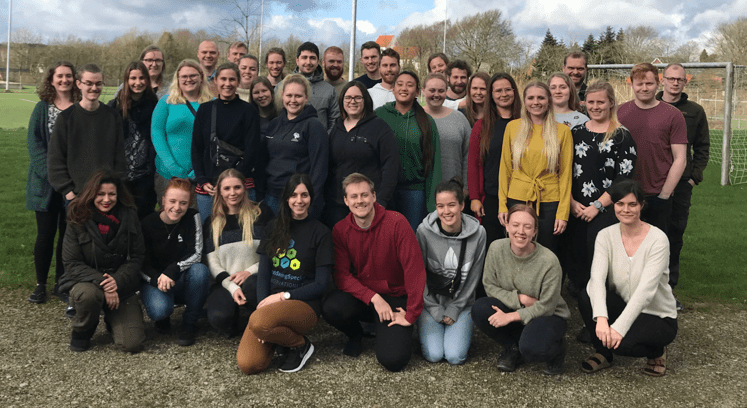 Students from the University of Southern Denmark just returned from a one-week intensive course at our sponsor-partner Givskud Zoo learning about the complexity of species conservation programs led by Species360 Director of Science Prof. Dalia A. Conde.

Students used global data sources, including species demographic knowledge in the Zoological Information Management System (ZIMS), to assess the viability of populations of endangered species including Spectacled bear, Western lowland gorilla, African lion, Giant otter, Grey wolf, and Asian elephant – all of which are kept at Givskud zoo. Students were able to get really close to their species in the “Behind the Scenes” tour led by zoo director Richard Østerballe and learned about the importance of zoo conservation work from curator Kim Simonsen.

Current conservation issues were presented by experts who spoke to us from four continents including Sofie Flensborg, Legal officer from the CITES Secretariat in Geneva, Kanitha Krishnasamy from TRAFFIC Southeast Asia in Malaysia, Dr. Craig Packer, world expert on lion research from the University of Minnesota, Dr. Oliver Ryder, Director of Conservation Genetics San Diego Zoo Global, Núria Baylina, Curator and Head of Conservation Oceanário de Lisboa, and Josh Courteau from Species360 on the impact of global wildlife data in improving animal welfare and species conservation.

Special thanks to our guest speaker Simon Bruslund, conservation coordinator at Bird Park Marlow, who traveled to Givskud Zoo for an impressive talk about his work on the Asian songbird crisis and EAZA’s Silent Forest campaign.

“It was very inspiring to hear how much work the zoos are doing. I did not know that before. And I did not know we had all these programs like CITES, ZIMS and the IUCN that had so much information about endangered species and much more! I will definetly like to look more into conservation in the future!” – Comment from anonymous student