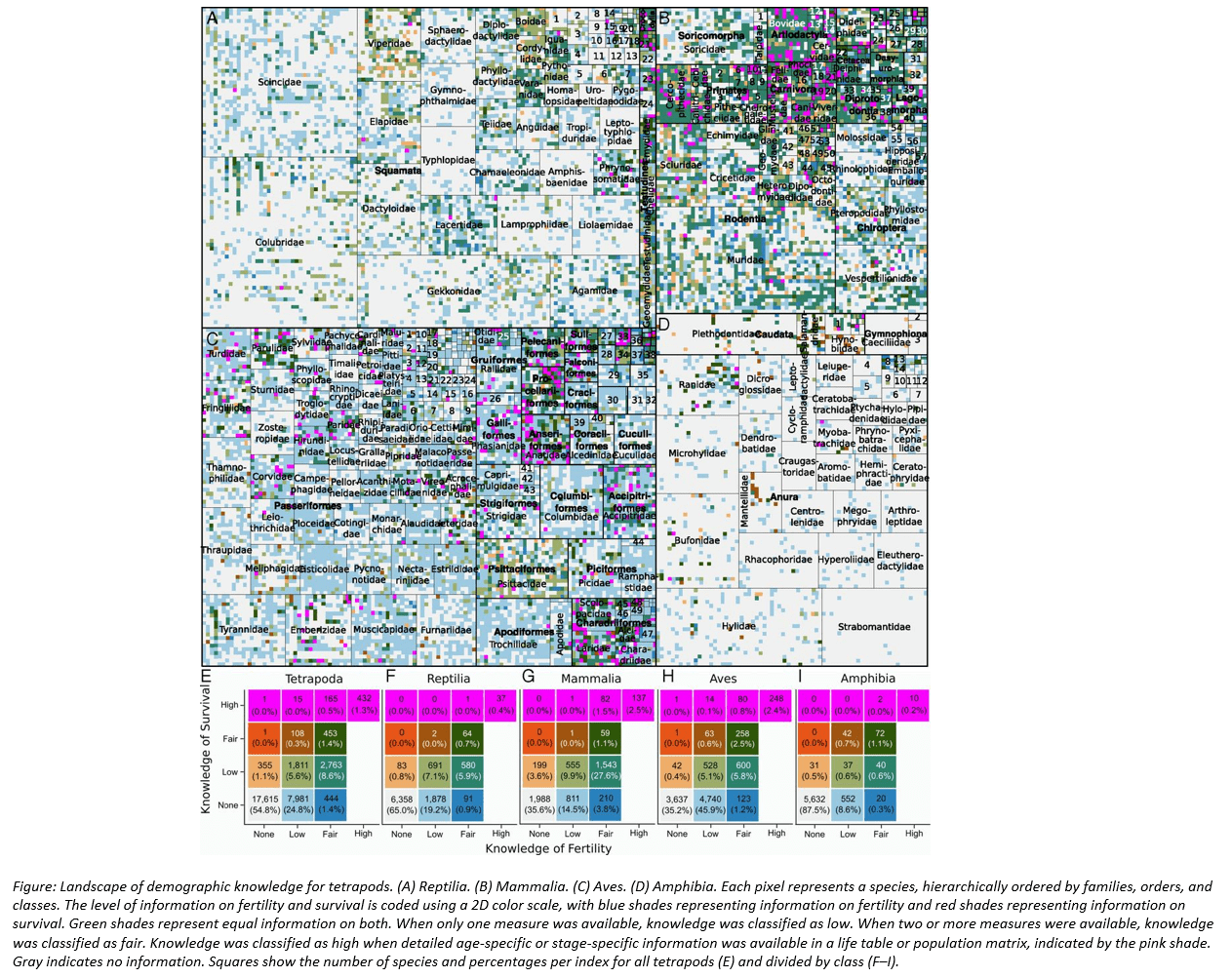 When Proceedings for the National Academy of Sciences (PNAS) published a major study measuring just how much we know about species worldwide, the results reflected years of collaborative work conducted by dozens of researchers around the world.

“Mapping an index of available data on species is an ambitious undertaking. Species data, even basic measures such as average litter size and lifespan, can be very elusive. Aggregating the right global sources required the help of many experts working across thousands of species types,” said Species360 Director of Science Dr. Dalia A. Conde and member of the IUCN Species Survival Commission’s Conservation Planning Specialist Group.

A multidisciplinary team of 33 scientists tackled the challenge. The effort, led by Conde, required expertise of data analysts, biologists, and population dynamics researchers. The team responsible for the full achievement is listed in full below, including their roles and affiliated organizations.

Indexing 22 Data Sources Worldwide
To develop the Species Knowledge Index, the researchers chose 22 databases from among global sources, including the IUCN Red List of Threatened Species. IUCN data is the result of hundreds of scientists working worldwide to study individuals, groups, and populations of species — often collecting field data on their own time, as volunteers.

When they added the Zoological Information Management System (ZIMS), researchers discovered an 800 percent increase in data across species. Managed by global nonprofit Species360, ZIMS is curated by wildlife experts and researchers at nearly 1,200 zoological institutional in 97 countries.

Response to the study reflects a growing appetite for knowledge about the species sharing our planet. The study’s attention score rates in the top 5% of all research outputs in 2019 according to Altmetric.

Media coverage has also fueled greater awareness among readers around the world, including more than 30 articles in nine different languages. Oceanografic de Valencia, Johannesburg Zoological Gardens, and others are featured for their role in contributing critical data to the Species Knowledge Index.

For more information on how Species360 member institutions can share their role in curating species data, please contact us at Support@Species360.org.